Posted by Gal Levinsky on March 09, 2016
So - you built a service with an advanced algorithm that uses some kind of classification in order to detect certain events - How would you know your configuration data is optimal? How would you measure the impact on accuracy each time the algorithm is changed?

The following post will show you how to use a mixture of concepts from Machine Learning, Statistics &  Operations Research in order to maximize configuration set of an algorithm.
This method is highly efficient in a client-side classification mechanism that requires accuracy but lacking learning time or processing power to do it.

The suggested method is divided into 5 phases:

Prepare a CSV file with data that have an indication of its correctness. e.g. if the algorithm should detect cars, we would have a data such as:
Toyota,1
mouse,0
Nissan,1
keyboard,0
Ford,1
button,0

Building a test to send data to your algorithm
The overall concept is clear:


However, since we want to find out the optimal configuration we shall add additional step, before sending the data to the algorithm:
Set the algorithm with a certain configuration, meaning that the parameters your algorithm use would be able to be configured, for each run.
So the high level run steps should be: 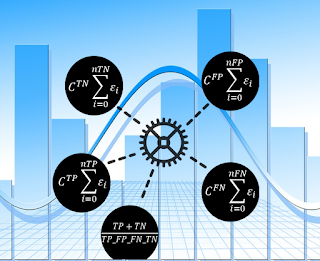 When your test gets the data back from the algorithm compare the algorithm predicted condition (positive/negative) versus the true condition, based on the indication in the test data.
Make sure to count the following:

Cost function:
Highly important.
This is where you quantify the statistical analysis and the results into a single score that will help to determine how good the overall run/configuration is and will also make it simpler to compare between runs.
The cost function formula would look as follows:

In a simplified manner, you need to sum each occurrence based on a certain weight.
You need to decide how much weight to give each data result, i.e. the value of TP, TN, FP & FN.
This may vary for each customer need, for example, some customers would like your algorithm to provide more results at the expense of quality, so you would give less penalty/weight on FP / FN result. Others would be very sensitive to faulty results, so your cost function would give higher value/weight to FP.
Note: I would recommend setting the cost value of TP and TN as such that if all the results are correct the expected sum value would be round number. For example, if we have 10 tests, 5 positive and 5 negatives, we would give each TP & TN the cost value of 10, so the overall score of a fully successful run would be 100.
Save in a file the configuration permutation and its score.

In the below image we choose another algorithm configuration parameter with the values of 0,1 & 2.

Determine the winner with a final contest

This phase will try to minimize any implication the algorithm might have due to the test data, i.e. we want to rule out the possibility the algorithm is biased to a certain test data.

Create a test data with the following:
Execute each test data on each of the maximum and average configuration set.
The winner would be based on your customer need and the given result. If there isn't much variation between the runs score, it means that your algorithm is robust and you can choose the one that gave you maximum score, however, if there is big variation, it means that your algorithm is data dependent and it up to your customer needs whether to choose the best average or the best maximum.


An extra bonus getting using this method:

Any feedback is highly welcome. 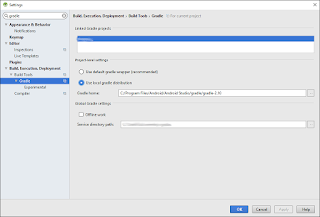